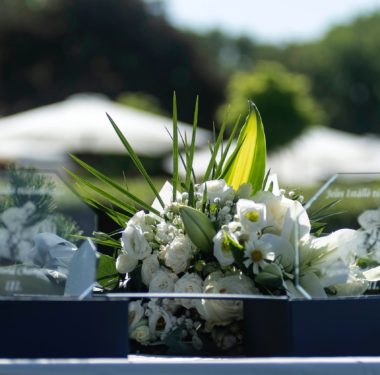 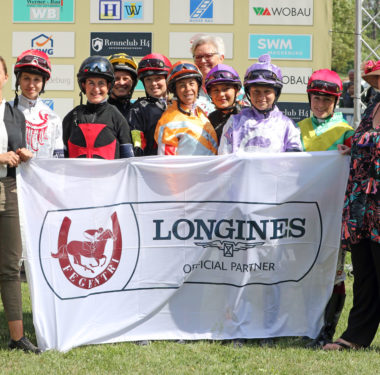 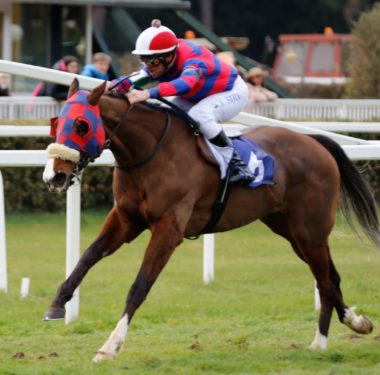 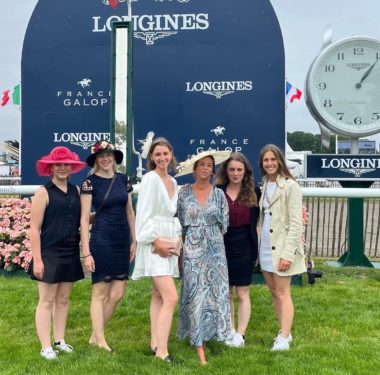 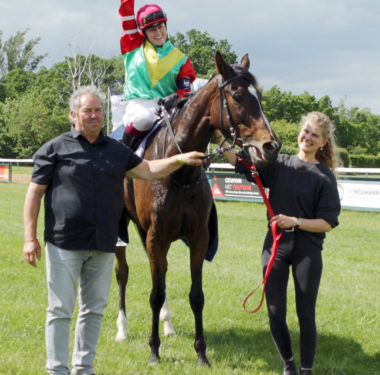 Fegentri dinner at an Italian Restaurant in Cologne the day before the race.

Masoud M. Saleh (left), Manager of Government of Dubai Civil Aviation Department, organised a draw for a present for a Fegentri lady rider.

…. and the winner of the jewels is Claire Allen from Great Britain